N finished the school year this past week, and this weekend his soccer team was to play in a tournament near Indianapolis, two games on Saturday and two on Sunday. Because of the lengthy drive we went on Friday night and arrived at our motel in Franklin, IN late that evening. Now there's no reason for anyone to have heard of Franklin, IN. It's a small town just a ways south of Indianapolis just along I-65.

We went to bed shortly after our arrival ready to get up early for Saturday morning's soccer game. Then the storm hit, the one coming from the dark ugly clouds we'd seen before the sun set as we drove through Indiana. The lightning flashed, the thunder rolled, the rain came down in sheets and in buckets and kept on coming all night long.

Saturday morning dawned with no letdown in the storm. Hearing the thunder rumble I knew we wouldn't be playing the morning game. Upon going downstairs I learned from other parents that so far the afternoon game was still a go, and that the breakfast area of our motel was flooded. Flooded?!? Eh, I chalked it up to poor building design. N played with some of the other boys on the team to occupy the time. I tried to get on the laptop for some blog time, but alas, the hotel's wifi wasn't working. By lunchtime we knew that no games would be played on Saturday at all. Although the storm was clearing there was some flooding being reported. By mid-afternoon we knew the entire tournament was canceled. However, we also found out that the flooding was more extensive than we'd realized. There would be no trips into the town of Franklin because the road was closed. There would be no trip home that day either because that road was closed too. Apparently, I was lucky enough to arrive in central Indiana just in time to be part of the worst flood there since the early 1900's. Lucky me. Truth be told, I was very, very lucky. I didn't lose my house and belongings in the flood like several who stayed last night at the motel. I didn't have to be wheeled out of my nursing home and taken to a motel not knowing for sure what I was doing. I didn't have to see my neighbors' cars covered over in muddy water. Nope, I was pretty darned lucky. All I suffered was a bit of inconvenience of traveling to a tournament that was canceled. When all is said and done I am among the lucky, today, this weekend, and in life. Yet I dare to whine about trivial shit. Sometimes, God uses things that happen to us to hit us upside the head and give us some perspective.

I arrived home today grateful that I have an intact house, a wonderful son, a great boyfriend, a super dog, and more material things than anyone should ever want. I sit here in my house now safe and sound. I'll be praying for the folks in Indiana devastated by this weekend's floods. I ask that those of you who are the praying kind to do likewise. If you happen to have a few extra bucks sitting around you might even consider sending it to the American Red Cross. They are doing some awesome work amongst the flood victims and I'm sure they could use any assistance you might be able to offer.

There are some really good pictures of the flood at the Indianapolis Star's website if you care to see them.
Posted by Trueself at 2:34 PM

Labels: What I Did on Summer Vacation

I took a look at the photos, sure alot of flooding. I have some friends in Indy, I'll have to check up on them too. Glad you came out of it unscathed TS. Sorry that so many didn't.

Judging from your travel path, you most likely came within a mile or two of my humble abode. :-)

It was eerie coming back from dance recital rehearsal last night. As I made my way past Exit 2 on I-465 (the south side interchange with I-65), I noticed that they not only had closure signs set up, they had parked an Indiana DOT truck crossways so that it blocked entry onto the ramp.

My dad, who lives down on "the Boulevards" in The Small Town, said that public safety officers notified the residents of that neighborhood to be ready to evacuate should there be a levy break.

I shake my head when I think about the neighborhoods down there that are already experiencing flooding. Two of those subdivisions were built after the early 90s, and I remember my grandmother saying she couldn't believe they'd build anything down that way, given that it is low lying land in view of the river.

A followup story on the aftermath of the flooding...

Sump pumps sell out; homes are cleared out

Fusion - It was the closest I've been to a flood in a long time. I really don't care to be that close to one again if I can help it.

2am - Yes, I know that intersection, drove through it just fine on Friday night and yesterday morning, but Saturday it was "no go." Also, thanks for the link to the update.

Wow, I just saw some of the footage on CNN. I gotta tell ya I am really glad I didn't see you in that footage. Sorry to hear the soccer tournament had to be canceled, but really glad you and N are ok.

Happy to read that despite it all you and N are ok and made it home safely.

Wow! - chiming in to say I'm glad no harm came to you or your family; only minor inconvenience...

SM - I'm glad I didn't end up in any of the places where the coverage was. It was ugly enough being on the fringes. 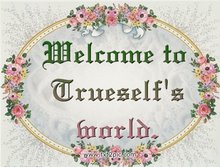 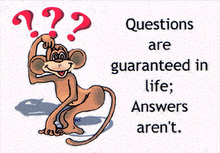 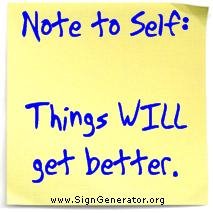